Village Life was started as a community newspaper for the village of Stanford in the Western Cape, South Africa in October 2003. After two issues, it was taken over by husband-and-wife team Maré and Annalize Mouton, and expanded to cover the surrounding towns (the Cape Whale Coast). It gradually expanded to cover the Cape Overberg region, and eventually became a highly regarded, glossy magazine that was distributed throughout South Africa (albeit on a limited scale).

The magazine – with the strapline "Journal of People, Nature, History, Arts" – focussed on the immense wealth of South Africa's natural and historical heritage, and spurned celebrities for articles on interesting "ordinary" people and lesser-known artists. It became known for the quality of its historical research, wide variety of topics, and excellent photography, reproduction and printing. Contributors included many respected scientists and other experts in various fields, and articles covered most of South Africa and topics ranging from insects to geology. Regular features included a series on edible seaweeds by Louie Lemmer, "Gardening for Wildlife" by Charles & Julia Botha, and the great favourite, the birding series by veteran photographer Nico Myburgh.

In spite of the high quality, Village Life, because it was not part of a large media group, never managed to obtain blanket national distribution, and could therefore not attract the large advertisers needed to finance the venture. It acquired a dedicated following, including 2 000 paying subscribers, and received compliments from far and wide, from Europe, England and even the USA (a woman phoned from that mighty country one day to say she had bought the magazine at the Cape Town airport on her way home and she thought it was the best in the world). After financing the venture for many years, mainly by borrowing money against their house, the publishers finally had to close it down in June 2010.

Along the way Village Life also published a hard-cover, large-format book, Stanford 150 : Portrait of a Village, and two tourism guides for the Cape Overberg region (the 2010/2011 issue may be viewed in PDF here).

The stories in Village Life were essentially timeless and people still talk about them. Copies of most of the magazine issues are still available, as well as the Stanford 150 book. Please contact us here to enquire. 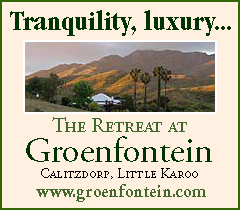 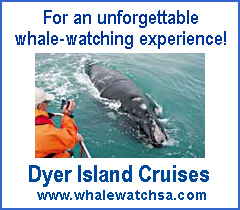 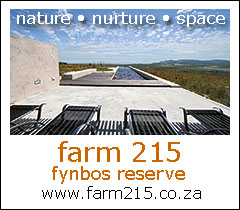